How to make a video series

A video series is a collection of episodes linked in some way, for example by theme or by the people featured. Series are a staple of good content planning, allowing brands and teams to use their time efficiently, to build a regular audience, and to cover multiple aspects of complex topics. Here's an example of an episode from Shootsta's At the Bar series:

By drip-feeding content, video series can help to drive strategic goals, improving return on investment in video production. Here are our top tips on creating your own video series!

Find what links the episodes

All videos series need to be linked in some way so the audience understands that the episodes are part of a greater whole. People, theme, and location are the three key elements to link your series. 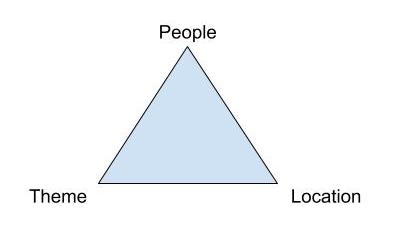 You’ll need at least two of the three elements to remain consistent. For example, if you plan to film your series in different locations, you’ll need to keep your theme and your host consistent.

One exception to this is the series host. If your series has a consistent host, you can be more flexible with both location and theme. For example, some documentary-makers will use a recurring host in different locations, with only a fairly loose thematic link among the episodes.

In addition to people, theme, and location, in most series, the tone, structure, and length remain the same throughout:

Tone - keep the style of language and the delivery similar in each episode, even if the people in the videos change.

Structure - each episode should follow a similar pattern. For example: a short introduction, a series logo or ‘sting’, the body of the video, a conclusion, and a company logo.

Length - the episodes don’t need to be exactly the same length, but keep any variations in length to a minute or less.

Once you’ve made the decisions about how the episodes will be linked, as well as the tone, structure, and length, plot out an episode template in a Video Plan, noting which parts should remain consistent for each episode, and which should be changed each time.

When shot efficiently, a video series can be a great way to generate video content at scale. The key method to be efficient in shooting your video series is to batch your content.

Batching content is the process of filming multiple videos on the same day. For example, let’s say you have four episodes that you can film in the same location and with the same talent. Filming on the same day, you can shoot many videos at once, then edit and release the episodes over the following weeks or months as needed.

Edit your series with Shootsta

Another way to save time and effort with video series is in the editing stage. Apart the efficiency that comes with your editor getting to know your brand and style, there are a few shortcuts you can use when briefing Shootsta’s editors on your series.

Referencing another project for style and footage is the fastest way to brief your latest episode. Rather than reinventing the wheel each time, tell us in your edit brief what you want copied across from the last episode, then note the new elements for this episode.

Use the Asset Media LIbrary to access clips you expect to use regularly. This saves you from storing and uploading the same clips again and again for each episode of your series.

Sharing your episodes frequently, sharing at the right times, and sharing on the right platforms can have a significant impact on engagement and conversion. Whether it be weekly, fortnightly, or monthly, remain consistent with how often you share your episodes. Consistent posting can help to build a returning audience.

To work efficiently, to build up a loyal following, and to go into depth on complex ideas, remember video series in your next content planning session! Follow the steps above to plan, shoot, edit, and share your series and take your video content to the next level.